The Power of Small “Give-aways” 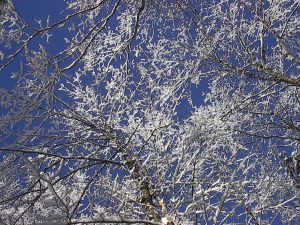 When I was 13, I had surgery for a bone tumor in my lower leg.  A few days later, my parents’ best friend, my “Uncle Bert”, died.  He was in his thirties with three kids who were my age and younger.  When I went into the hospital, under whispered fears of cancer, my Uncle Bert was fine.  In the three days during which I was prepared for surgery and operated on, he grew sick and died.

Uncle Bert’s death hit me hard.  He was a warm man with a great sense of humor.  He was the first person who I knew and loved well to die.  When I was older, I would learn that he died from an infection, that spread rapidly through his body because of a drug he was taking so his body would not reject an artificial heart valve.  But in my child’s mind, his death was inextricably linked to my survival and recovery.  I believed, at some level, that Uncle Bert’s life had somehow been sacrificed for mine.  From that point forward, I felt like I had to earn my life; that I had to do something meaningful in order to justify my life.

Since then, I have felt driven; not by money, fame or ambition, but by a desire to make the world a better place.  For me, this has meant working hard to improve the environment.  I have never felt that it was enough to have a job that paid the bills; or to have a job where I got to do something I was good at.  I have always felt that I need to do work that makes a difference.  This has limited my job prospects and meant that my work life is challenging.

I sometimes think that I have driven myself crazy thinking: 1) that I must do something to be worthy of the life given to me; and 2) that there are very specific and limited things that can be considered meaningful.  In this quiet period of my life, I have had new ideas floating to the surface of my mind.  What if it is not what we do, but how we do it, that is really important?  What if the really meaningful actions in our lives are the little things – the small “give-aways” – that we do for each other; Smiling at an old woman who is sitting alone in a car; hugging a neighbour who has suffered a death in her family; cooking a meal for a friend whose son has left home; taking a few minutes to find out about my daughter’s day?

I am a woman and a mother, a sister and a wife. I have called myself a socialist and a feminist, an environmentalist and an activist, a pagan and an atheist. But, at this stage in my life, none of these labels feel right. I am searching; trying to find an inner calm; trying to make peace with life's disappointments; trying to answer the big questions in my own small life.
View all posts by kp →
This entry was posted in Healing & Compassion, Signs, God & Universe and tagged emotional support, healing, inspiration, new directions, sisterhood, spirituality. Bookmark the permalink.

2 Responses to The Power of Small “Give-aways”